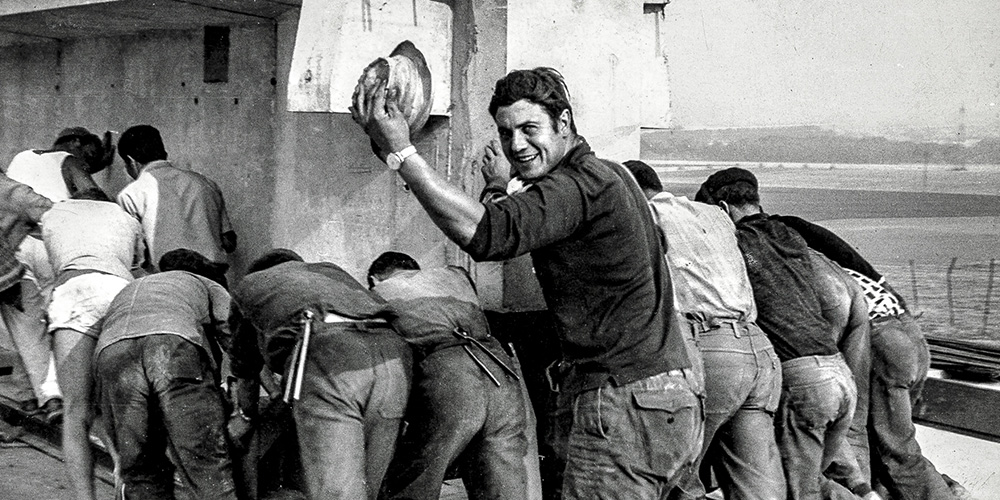 MDOC - Melgaço International Documentary Film Festival, organized by AO NORTE Association and the Municipality of Melgaço, intends to promote and disclose social and ethnographic cinema, reflecting with the films about identity, memory and border, and to contribute for an audiovisual archive about the territory.

MDOC/2023 is marked by the following main components:

In the running for the Jean-Loup Passek Award. MDOC will select documentaries that reflect the author’s point of view on social, individual and cultural issues related with identity, memory and border.

Promoted by the Melgaço Museum of Cinema– Jean-Loup Passek and MDOC – Melgaço International Documentary Festival. The award will be attributed to an original poster created to promote a documentary, animation or fictional film with Portuguese or Galician production and is worth 2,000 Euros (two thousand Euros), assigned to the winning designer or creative team. The Jury of the Jean-Loup Passek Award for best film poster will be nominated by the MDOC organization committee and consists of three renowned personalities linked to design, cinema and communication.

A meeting for reflection, debate and development of research and creative practices in the fields of Cinema, Social Sciences, Arts and Communication Sciences.
The Summer Course 2021 focuses on the general theme of the Melgaço International Documentary Festival - Identity, Memory and Border and addresses issues of Autobiographical Cinema / Autobiographies in cinema from research projects and audiovisual production and digital narratives. It also intends to articulate and bring together creative experiences from diverse backgrounds – filmmakers, scientific and artistic associations, university researchers and cultural producers, different countries and continents.
The Summer Course is coordinated by José da Silva Ribeiro and is an initiative of AO NORTE, through its Group of Film Studies and Digital Narratives in collaboration with the Municipality of Melgaço.

Residencies that produce documentaries and photographic projects about the region in each edition of the Festival. Its main objectives are the promotion of documentary film and the emergence of new technical and artistic teams; and contribute to an audiovisual archive about Melgaço and its territory, whilst providing the Memória e Fronteira Museum with films about the region’s intangible heritage.
Frontal Shot is addressed to all those who have recently completed their education or final-year students attending Higher Education Film and Audiovisual Schools.
Pedro Sena Nunes is the director / tutor with a long professional and pedagogical experience, who will guide the directing of documentaries, coordinate the planning of tasks and provide a systematic reflection on the work produced on a daily basis. These processes will be supported by a technical and operational team from the AO NORTE Association.

Is a project that interrogates the geographic space and local society, dedicated in 2023 to Alvaredo, in the municipality of Melgaço.
The project’s visibility will use the following resources:

X-RAYDOC proposes to analyze a single film whose importance is indisputable for the History of Documentary film-making in which the relationship with the other, in context, is highlighted as a structuring element. This relationship has consequences at different levels, from the outset in terms of narrative solutions shaped according to both ethical and aesthetic criteria.