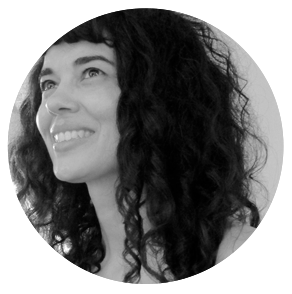 Paula Tavares . President of the Jury

Is a professor, artist and researcher. She is the Dean of the design School at IPCA (since 2015). She is the Co Diretor in ID+ Research Institute for Design, Media and Culture (and she coordinates the CAOS group Communication, Art, Object and Synergies (since 2017). She works as Coordinator Professor at the Polytechnic Institute of Cávado and the Ave where she is the Dean of the School of Design (since 2015). She has a Phd in Fine Arts (2006), with the thesis "The complex relations between art and politics in Western culture. The political art as institutional contradiction.” Research interests are focused in: 1. Art and Design linked by Drawing; 2. Gender and Politics in Animation and Illustration. 3. Art and Design research practice and theory. She is also the General Chair of CONFIA - International Conference on Illustration and Animation (since 2012) (http://www.confia.ipca.pt/). Has participated in several art and design competitions - national and international, academic and professional - as a jury. She is represented as an artist in several collections and since the 1990s she has participated in exhibitions and artistic events. 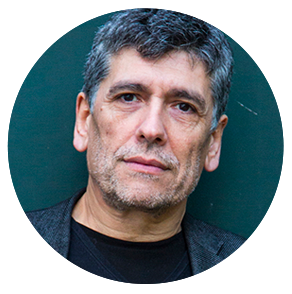 Is a newspaper man and has won 40 awards from the American SND, Society for News Design between 2000 and 2004 for his work as a designer and art director at O Independente and Público. Editorial illustration, a lifelong passion he learned at the Trotskyist Combate journal over the 1980s and 1990s, has brought him many joyful moments, awards, curatorships, and a blog, Almanaque Silva, where he writes bizarre stories about Portuguese illustration. In 2003 he invented a sardine that has become, over the years, the real image of Lisbon, where he was born 59 years ago. With the silvadesigners studio, which he founded in 2001, he has contributed to the creation and development of cultural brands of Lisbon's abundant cultural life. He believes that "a word is worth a thousand images" and applies at work the emotional exuberance of his Portuguese soul and the editorial intelligence he has learned in the press. He compulsorily collects all types of illustrations from books to match wallets, and has become a frequent customer at the auction houses, where he seizes, by spending small fortunes, great treasures from the history of Portuguese illustration. He is a member of AGI, Alliance Graphique Internationale, since 2012. 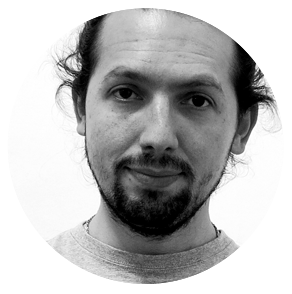 His work is distinguished by the use of various creative strategies related to appropriation, post-production, and series. Its creation process is characterized by a systematic methodology of grouping files (images, videos, text, etc.) and later reinterpreting them. Graduated from the Faculty of Fine Arts of Barcelona in 2010, he has taught since 2018 as an associate professor at the University of Vigo by the Department of Drawing in subjects such as Computer Techniques or Graphic Techniques, among others. He is currently a member of the UVigo research group DX7. Highlight in his academic training the Máster de Creación e Investigación en Arte Contemporáneo from the University of Vigo, the Erasmus intershio at Coventry University of Art & Design (England) or the Program of mobility grants for research staff of the University of Vigo with destination in Portugal. Throughout his career he has been awarded and selected in various competitions and artistic residencies both nationally and internationally. Among them we must highlight the Undécimo Premio Auditorio de Galicia para Novos Artistas, the Zona ‘C’ award with the project El rapto de Europa, the Cerveira 2014 Biennial Foundation Artistic Residence or the 2010 Novos Valores Award. His work has been exhibited in various spaces of great artistic relevance both nationally and internationally. Highlight his individual exhibition The answers are blowin'in the wind at the Fundación Rac, and the group exhibitions at the 14th Gas Natural Fenosa Art Show Museum of Contemporary Art in La Coruña, Pintura em três atos (Ângelo de Sousa, Gerardo Bermester and Marcos Covelo) at the Cerveira Cultural Forum, Around a passion at the Centro Huarte in Pamplona, Mardel plastic arts at the Centro Carmen in Valencia, XXIV Young Art Show in La Rioja at the ESDIR Exhibition Hall and Sin Respeto in the gallery Combustión Espontánea.