Director, Producer, Professor of Animation Cinema and Director of the House Museum of Vilar. PhD from University of Fine Arts of Porto (1980). Internship at the National Film Board of Canada (85), where he directed his first film. Founder of Filmógrafo (87), Casa da Animação (2001), Ciclope Filmes (02) and Quinta Imagem (12). Director of the following films: How Calm it is (1985), Time of Darkness (87), The Outlaws (93), Portuguese Fado (95), Stowaway (00) and Our Lady of the Presentation (15) among others, which received over 40 mentions and awards. Worked as Producer on (since 97): The Night (99), Tragic Story with Happy Ending (05) and Kali the Little Vampire (12) by Regina Pessoa, Amélia & Duarte (15) by Alice Guimarães and Mónica Santos. The films produced have received around 95 awards and mentions. Tutor in several Animation Film workshops in Portugal, Spain, France, Italy, Israel, Scotland, Poland, Brazil, Mexico, Lebanon and China, especially with children (since 1985) and young people. Professor at Catholic University of Porto (99-01), ESAP (02-16), Na Tainan National University of Arts (Taiwan) (06-09), ESAG Guimarães (since 2009) and University of Algarve (12-13), at BAU - Centro Universitário de Diseño of Barcelona (15-17). He also served as President of ASIFA - International Animation Film Association (00-02) and Vice President of ASIFA Workshop Group (95-01). Co-author of the interactive manual Teaching With Animation (www.animwork.dk/twa). Producer of the animated short films: Uncle Tomás and the Accountability of Days by Regina Pessoa, in co-production with ONF/NFB from Canada and with Les Armateurs (France) and also Ride by Paul Bush, a co-production with Ancient Mariner, UK. In 2019, he was invited to join the American Academy of Motion Picture Arts and Sciences, which awards the Oscars. Abi is currently running the Casa Museu of Vilar - the Moving Image (since 2014). 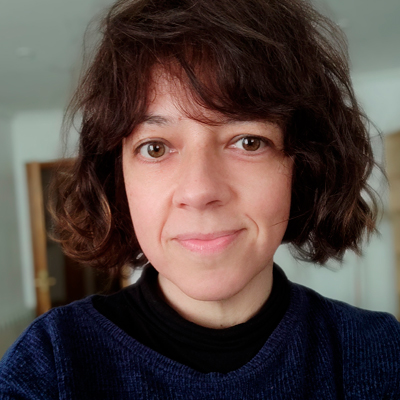 María has been working as a journalist in digital media for two decades, developing audiovisual content for the internet and designing audiovisual communication strategies for production companies such as Portocabo and films such as Vilamor (Ignacio Vilar, 2012), Encallados (Alfonso Zarauza, 2014), Os Dias Afogados (Luís Avilés and César Souto, 2016), Eroski Paraíso (Jorge Coira and Xesús Ron, 2019), Ons (Alfonso Zarauza, 2020), Malencolía (Alfonso Zarauza, 2021) or Sica (Carla Subirana, 2021). Among her audiovisual works as a screenwriter and director are the documentary Linguas Cruzadas (Televisión de Galicia, 2007), the program O País dos Ananos (TVG 2008-2009), the webdocumentary Eufalo.TV (2009-2010), the documentaries Cancasete (2014), Vinte falando (Vinte & SXPL, 2019) and Unha nova vida (BNG, 2020) or the six-chapter documentary series Xela Arias, la palabra esgazada (Miramemira para la Real Academia Galega, 2021). She was a founding partner of the company A Navalla Suíza (2008-2017), with which she carried out numerous web communication projects, including online cinema platforms such as Flocos.TV, Lugar do Real and Screenly. She has curated several digital culture projects, like the Carballo Interplay festival or the LAIC in A Coruña. She is currently directing VINTE, an online magazine on society, culture and trends linked to the newspaper Praza.gal, and is a professor at the Masters in Social Media and Digital Content at the University of Vigo. 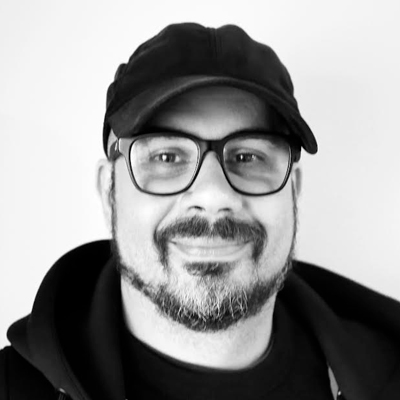 Holds a PhD in Communication Sciences, specializing in Audiovisuals, from the University of Minho (2013); Master in Multimedia Art (2007) and degree in Communication Design (2001) from the Faculty of Fine Arts of the University of Porto. Post-doctorate in the field of animation cinema at the University of Aveiro (2021). He studied animation at the École Nationale Supérieure des Beaux-Arts in Paris, France (2001). Assistant Professor at the Escola Superior de Design of the Instituto Politécnico do Cávado and Ave (IPCA) since 2011, where he works as Head of the field of scientific audiovisuals and coordinator of the Audiovisuals Laboratory. He was co-responsible for the creation of the first public master's degree in illustration and animation, and a lecturer since 2010. Co-founder and Organization Chair of the International Conference on Illustration and Animation CONFIA, since 2012. He holds the title of Specialist (according to decree-law 206) /2009) in the disciplinary field of Audiovisuals and Animation specialty, since 2011. Alongside being a higher education teacher he also developed work as a director in the field of animation cinema. In 2008, he directed the first animated short film entirely in 3D with financial support from the ICA (Instituto Português de Cinema), directed animation series, video clips, advertising and television intros. He also coordinated special effects and film post-production teams. He was a jury, speaker and recipient of a number of awards in several national and international festivals. He is currently developing an animation project with financial support from ICA.