The Don Quijote Award is a prize from the IFFS – International Federation of Film Societies given in selected Festivals. The IFFS Jury in each Festival is composed by film society activists from any country of the world, selected among the nominations from national Federations of Film Societies. It consists of a diploma and the promotion of the film all over the world among film societies. 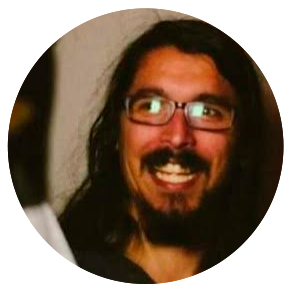 António Pita has a postgraduate degree in Artistic Studies with a Specialization in Film and Image Studies from the Faculty of Arts of the University of Coimbra. He is a music programmer, co-founding the cycle With Certain Musicians, and film programmer at the Center for Cinematographic Studies of the Academic Association of Coimbra. He collaborated in several film productions, taking up roles as diverse as Art Director, Sound Director and Production Director.

Dagmar is a German filmmaker and curator, since 2013 working for Freiburger Filmforum – Festival of Transcultural Cinema (www.freiburger-filmforum.de) and also for a nomadic cinema initiative in Berlin (www.moabiter-filmkultur.de). In 1982 she graduated in German Literature/Philosophy (MA) in Marburg. Being a devoted cinéaste early on she began working as an assistant editor/editor for independent film and TV productions. Her filmmaking started out with found footage shorts in the mid-80s, the last of this series, SCHÖNE ALTE WELT, was completed in 2000. In 1996 she was awarded a Hessian Film Award for her essayistic feature film HEIDENGELD. Recently she realized VON DINGEN (2019), a documentary about collecting. 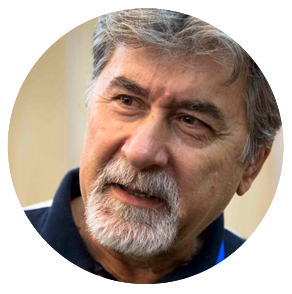 Dragan Miolinkovic Fimon is an eminent university professor, producer, drama writer and director with an admirably rich career. He graduated from the Belgrade Drama School and won his Master’s degree at the Belgrade Faculty of Philology – Sociology of Literature department. Following scientific research in Paris (Cultural Centre George Pompidou) and London (British Film Institute), he completed his PhD with a thesis on Possibilities of filming a novel. He carried out post PhD research in Paris (economics of culture), Moscow (East-European cinema), Seoul (cinematic language), London (literature and cinema), and Barcelona (media education).