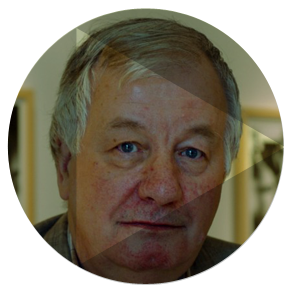 It was whilst filming, on the outskirts of Paris in the early seventies, a documentary about immigration, that Jean-Loup Passek got in contact with several members of the Portuguese community, including two inhabitants from the Melgaço municipality that would become deep, lifelong friends . This meeting has set the beginning of a profound relationship with Portugal that, with the passage of time, would become a second homeland.

For over a quarter of a century of activities related to the cinema, as Editorial Director of the "Dictionnaire Larousse du Cinéma", an adviser in cinema for the Centre Georges Pompidou, founding member and director of Festival de la Rochelle and coordenator of the "Caméra d'Or" at the Cannes Film Festival, Jean-Loup Passek has collected numerous objects, testimonies, documents, rarities of the seventh art: over one hundred thousand photographs, thousands of posters, books, a magnificent set of apparatus from the period designated as pre-cinema.

For many years, his dream was the foundation of a "sentimental museum" where his collection could be shown. The support from his longtime Portuguese friends and the trust and affection demonstrated by the Mayor have allowed this project to come to fruition, at an idyllic place, right under the protection of the historical walls that surround the castle dominating the town.

More than a systematic showing of the cinema industry, The Melgaço Museum of Cinema wants to offer its visitors a singular approach reflecting a personalized and affective look about the memory of cinema.